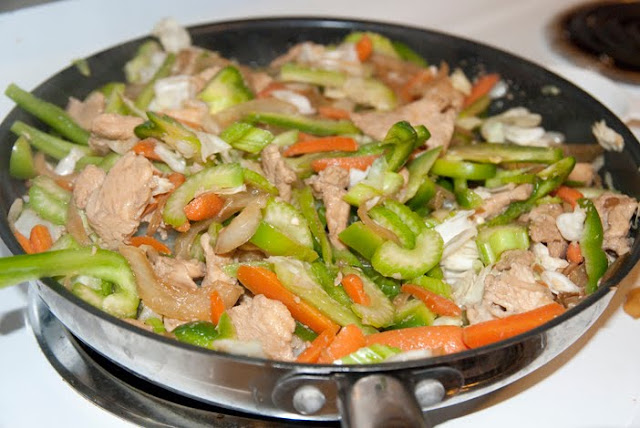 I love a simple stir fry to eat over sticky rice... or brown rice if I'm behaving myself.

I start by heating 2 T olive oil in my large skillet, and turn the heat on to medium.

Then I add 1 T minced garlic and a half a large onion, sliced into little spears. 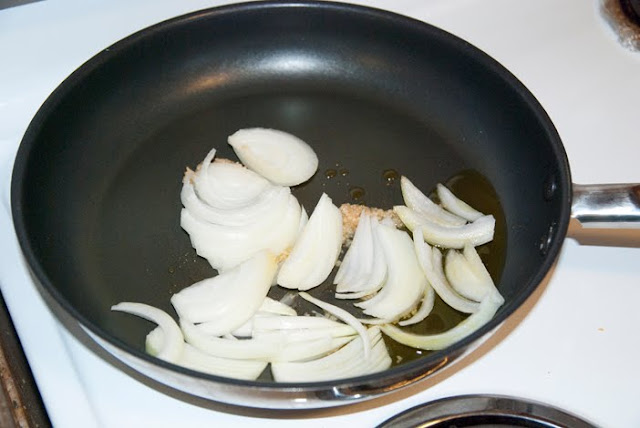 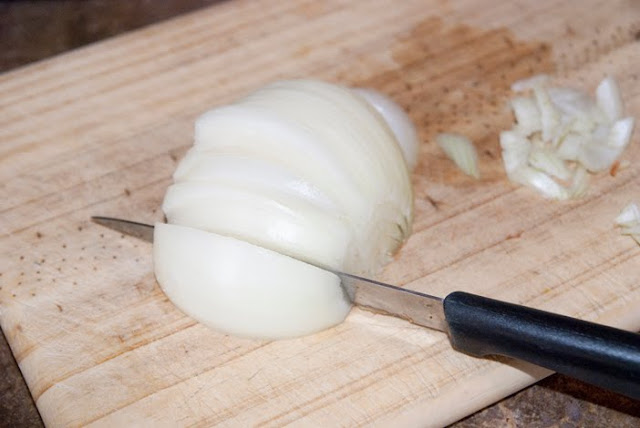 Then I add 1 lb boneless skinless chicken breast sliced into thin strips. I like to use kitchen shears to slice it right into the pan, into the cooking oil, onions, and garlic. 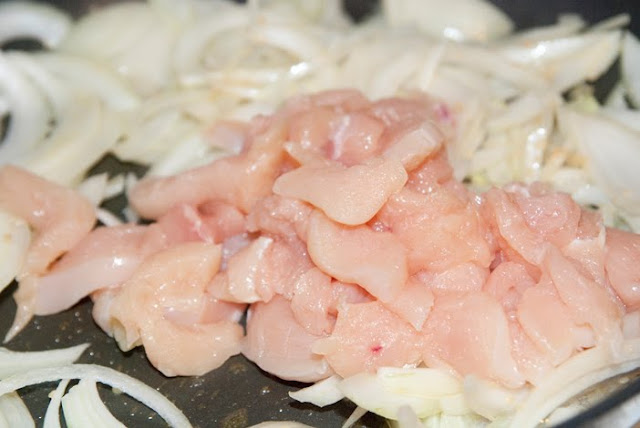 Next I add 1/2 C soy sauce, and 1-2 T shredded fresh ginger. Hint: I peel my fresh ginger, and then freeze it. It shreds fine while it's frozen, and that way you never have the temptation of using powdered ginger for any Asian recipe. TRUST ME... it is not the same thing. Kathryn originally told me that... and she is right. Listen to her. Your food will taste SO much better. I prepare the vegetables while the chicken is cooking all the way through.

When chicken is done, I begin adding vegetables and mixing them into the stir fry, starting with the vegetables that take longest to cook. Some veggies that I'd love to add, but that weren't in my fridge at the moment were: broccoli, cauliflower, bean sprouts, and mushrooms.

I added: 1/2 lb baby carrots, sliced into spears by slicing them lengthwise in quarters, 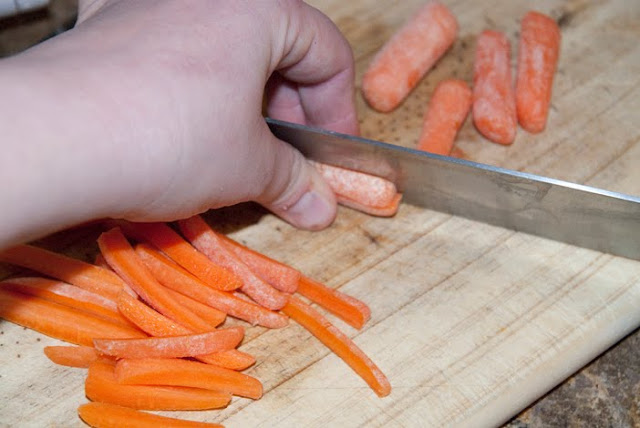 1/2 a head of green cabbage, chopped, 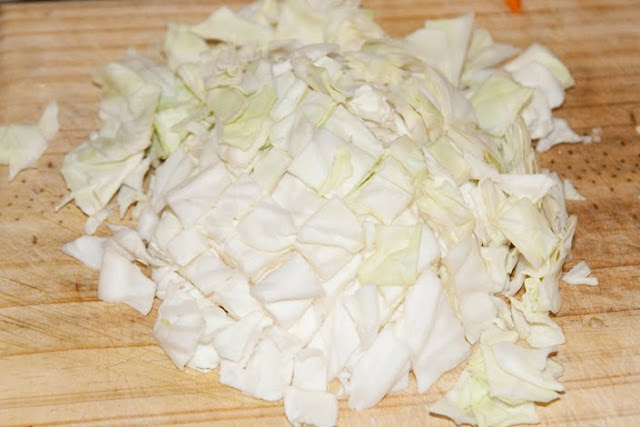 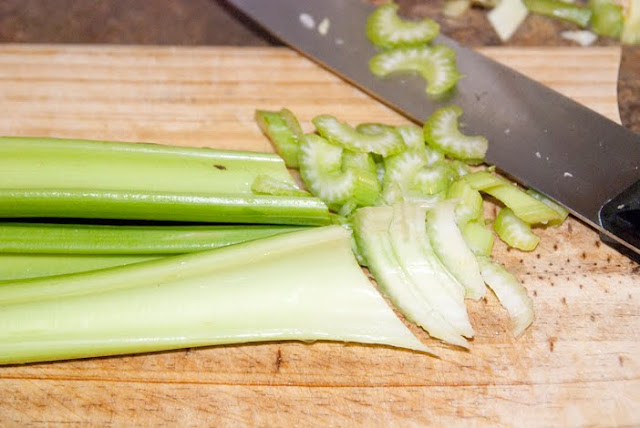 and one bell pepper, sliced into thin spears.

I mixed and fried the whole mixture until the veggies were a little less done than I would like them. Very al dente, bordering on crispy.

I've noticed that the heat in the stir fry always keeps cooking the vegetables after I remove the pan from the heat, so try not to over-cook.

I served this over Calrose sticky rice with chow mein noodles on top.

And while I loved it, my kids were not enamored of the big veggie pieces. So like the sucker Ii am, I ran some of the stir fry through my little food chopper, and mixed it in with the rice. 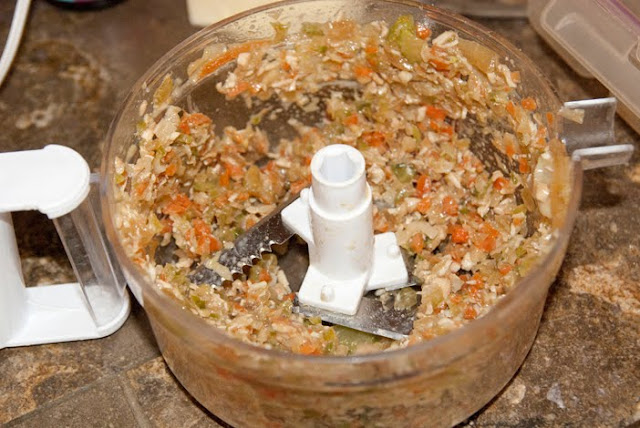 You should have seen how they snarfed those veggies down once the texture was no longer an issue. Add ingredients in order listed to large skillet over medium heat. Pause until the chicken breast is cooked through. Then add vegetables one at a time, stopping cooking when the veggies are still partially crisp. Serve over sticky rice or brown rice, and top with chow mein noodles or slivered toasted almonds.
Posted by Heather at 10:57 AM

Email ThisBlogThis!Share to TwitterShare to FacebookShare to Pinterest
Labels: Dinner, Kids and Veggies